Mitt Romney is going to be saddled with the Etch-A-Sketch moniker for the rest of this campaign, but the fact that it was said by his own communications director (!) Eric Fehrnstrom is telling.  It’s being described as a verbal gaffe, but to me a verbal gaffe is more when the candidate themself makes an obvious verbal flub (like Obama stumbling and saying he’s visited 57 states when he meant 47 in 2008).  When another person from within uses a metaphor like this it’s much more telling.  The term Etch-A-Sketch doesn’t just organically off the tongue in 2012 American lexicon.  I’ll bet my bottom dollar that Fehrnstorm has used that analogy before, behind the scenes, when assuring other Romney insiders that no matter how far to the crazy right they have had to veer in order to fight off Gingrich 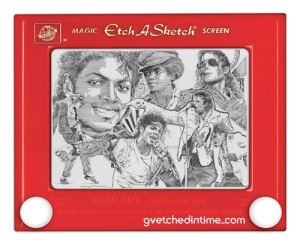 and Santorum at the primary level, they can always give Mitt a shake and create the picture of an economy-first moderate in the general election.  This label will not be going away soon and I think having it come from his own camp makes it sting all the harder.  Ask Richard Nixon in 1960. OUCH! Yet it revealed what I think a lot of high-powered Nixon supporters knew and were whispering behind the scenes: Nixon had been chosen as VP to boost the Ike tickets’s anti-communist bona fides among the GOP, but once elected had little influence in the White House as VP, particularly on domestic issues.

This entry was posted in Current Politics & Media. Bookmark the permalink.