I’m not sure exactly why, but I’ve always enjoyed this Carvaggio painting dating from 1605. It really demonstrates how so many of those great Renaissance paintings with religious themes are more products of their time than any realistic attempts at historically accurate depictions.  The Virgin Mary’s saucy dress is something straight from an episode of The Tudors, hardly ancient Biblical Middle Eastern attire but certainly a fetching push-up, low-cut bustline from the era it was painted.  I’m not quite sure how old Jesus is supposed to be here, about 3 or 4 I would guess?  There’s a little extra something, though, that a Jewish boy really wouldn’t have.  Foreskin quirks aside, I think the bit of this painting I first noticed was how Mary and Jesus’ bare feet crush the serpent together, as Saint Anne looks on approvingly.  Poor Anne, though, getting the shaft and depicted as such an old crone! Surely she would only be a mature woman of 50ish (at most) when Christ was a toddler? 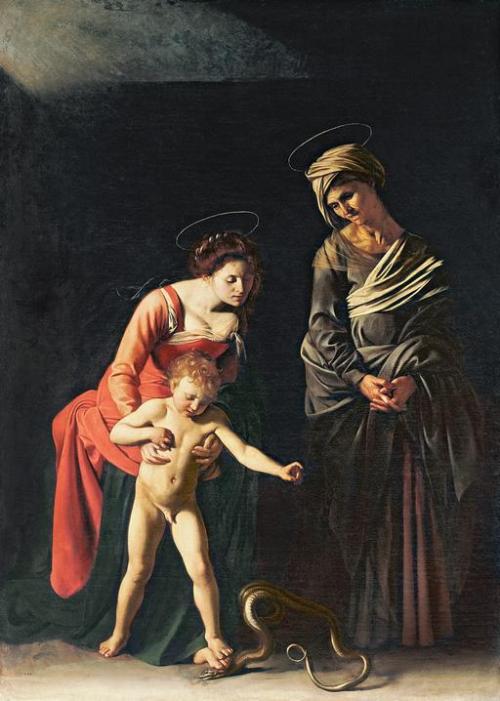 One response to “Madonna & Child with St. Anne”