Let’s be clear: there IS an upcoming tipping point somewhere between 2032 and 2037 where there will be more money going out than money coming in.  You hear it referred to as “a ticking time bomb” or a “looming disaster”.  This is gross overstatement and fear-mongering by people who either A) have an agenda to end a very successful program as we know it* or B) don’t actually understand the existing reform history and demographics faced.

Here are 3 things that NEVER seem to get mentioned when these charged conversations about debt, entitlements, and the mythological “ticking time bomb” are happening.  Next time you hear alarmism about Social Security just keep calm, carry on, and keep in mind these three things:

1) Even if we do absolutely nothing, the worst case scenario is a 23% benefit cut beginning about 2035. Again this is the WORST CASE SCENARIO should we sit on our hands and do absolutely nothing to bolster Social Security. This is not good, but it is also not a ticking time bomb. In my mind showing up to work and finding the doors are locked, the company has gone under, and you are out of a job would be the bombshell. Showing up to work and finding out you are receiving a 23% salary cut? Shitty, but not the entire system imploding forever.  I would rather spend the energy finding some patches and fixes to make up that 23% than completely scrap a successful and highly popular program. Ask President Bush how that privatization plan went. Nevermind the administrative and political cost which would be required to reinvent the system, but a stock-market based plan could easily tank even more than 23%. Case in point: most Americans’ 401Ks circa 2008.

2) Baby Boomers will die eventually.  Yes, this generation has dominated policy discussion on social and economic issues for so long I think we have ceased to be able to imagine an America without Boomers! Well, it will happen. They too will die. This is a demographic hump to get over, and then the road is smooth again.  Once the Boomers begin to head off to the great Woodstock in the Sky the system will return to ordinary solvency. Radical overhaul is not needed for a temporary demographic hump.  Some fine-tuning and tweaking is.

3) We ALREADY raised the retirement age.  Another talking-point parroted as gospel by Social Security nay-sayers: “people live so long now! we have to raise the retirement age!”.  Here is the thing: in the 1980s President Reagan and the Democratic controlled Congress in bipartisan collaboration DID JUST THAT.  If you were born in the 1970s or later, you will not retire with full benefits until age 67.  Again, I think those whose agenda is to scrap or privatize the system purposefully ignore this important and necessary reform from 1983. Most current Republicans fail to grasp–or purposefully ignore–what a savvy ability to compromise Reagan often had, but that is for another blog post. Post-Boomers will be retiring between 67 and 70.  According to the 2010 census data the average US life-expectancy is 78.2 years. 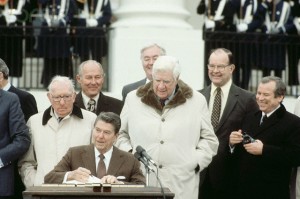 Personally, I do think a little creative doctoring of the system needs to happen in order to keep the solvency over the next 40 years or so.  However, I feel strongly these three facts need to be front and center in any discussion of what those fixes should be. Otherwise all perspective is lost in the shuffle. My generation has been so raised in “ticking time bomb” hyperbole I daresay most aren’t aware of the above three realities.  Here is my solution:

1) Raise the maximum taxable earnings limit.  Currently an American worker only pays into the system on their first $110K of wages. I think due to the upcoming demographic hump that figure should be increased to somewhere between 175K and 195K.  I feel it should be done as soon as possible so that those workers who are currently in their 50s will have helped to keep the system solvent before their own retirements at age 62-65.

2) Immigration Reform.  When we do hit that 2035-ish tipping point of full Baby Boomer retirement there is an obvious solution: bring in more young workers to boost the worker-to-retiree ratio (which is currently 3 to 1, we should get it even higher). People are having smaller families in 2012 than they did in 1948, for instance, so we can counter-balance the graying of our populace with younger workers from abroad.  These immigrants will pay into the Social Security system their whole lives so the younger we can bring them into our workforce the better.  There should be no reason a foreigner who achieved a marketable degree or skill on a US student visa shouldn’t be able to easily transfer that to a work visa and begin paying into Social Security. Baby Boomers should be the first to support immigration reform for this reason.

3) Should #1 and #2 still fall a little short? So be it.  Let the Social Security payments in 2035 be slightly smaller than expected. Remember, the 23% slash of promised benefits is the do-nothing scenario. Immigration reform and a modest raise on the payroll cap should take care of that.  All post-Boomer generations are already taking the hit via the aforementioned 1983 increased retirement age, Boomers can carry their fair share of the burden with a slight reduction in expected benefits (less than 10% probably) in order to keep the system sustainable for their children and grandchildren.  It’s a shared sacrifice and I think most Americans understand that some small compromises from all is preferable to throwing the baby out with the bath water. 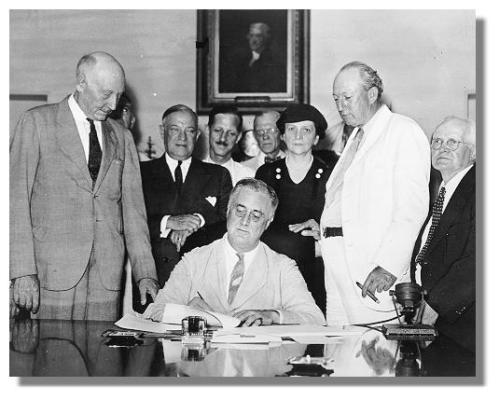 * There is a legitimate philosophical argument to be made from a Libertarian perspective that the entire US Social Security system should be scrapped and retirement should be an individual’s responsibility: sink or swim pre-1935 style.  I find few politicians willing to argue that openly and honestly and, rather, am pushing back in this piece against those who clamor for radical overhaul under pretexts of impending disaster.