I am finding this light family spat between our 40th president’s two children fascinating. It highlights a generational difference that is more nuanced than partisan marriage equality supporters (and detractors) care to admit and highlights the inevitable folly of bringing one’s own outlook to those of your deceased predecessors. 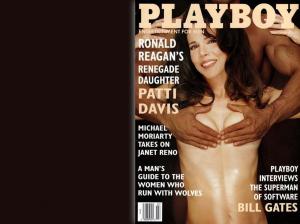 Davis (born in 1952), is (as is common for her Boomer cohort) naturally trying to make the personal political. In her view because her father had no personal animus toward his gay friends, many of them in long-term couples, of course he would be supportive of same-sex marriage if alive today! From everything I’ve read about President Reagan his nonchalant attitude toward gays is indeed accurate and matches what Davis recalls. The first I’d read about this was in the biography of silent movie actor William Haines. Not only did Ronald and Nancy Reagan seem to concur with Joan Crawford that William Haines and Jimmie Shields were “the happiest married couple in Hollywood” the author’s interviews with Nancy Reagan confirmed a close friendship and sincere outreach to Haines’ partner after Haines died. Patti Davis in her interview mentions a lesbian couple they who babysat and housesat for the Reagans, openly as a couple.

Davis plays to the (at least historic) GOP position on less government to say: “He was well known for wanting less government. He would truly be baffled at what the problem is.”  While this may be true, I think it downplays Reagan’s legacy of throwing more than the occasional bone to the religious right-wing of his party, at least once in office. Davis should know her father was a politician and just as the modern GOP overstates the man’s staid conservatism (he raised taxes when necessary and demurred from armed conflict in Beirut in the face of terrorism, for instance) she shouldn’t overstate his Social Libertarianism either. When it came to 1978’s Briggs Initiative, which would have banned gays from being public school teachers in the state of California, Reagan did ultimately oppose legislating discrimination and spoke out against it. His response/reasoning appealed to basic sense of privacy plus distrust of government meddling in personal lives and employment opportunities. While brave for someone who was soon to be entering the primary battle for nominee of the Republican Party, gay issues had not yet been established as a partisan litmus test either way. Reagan was not boldly flouting his base in 1978 as he would have been in 1988 or 2008. The current level of engagement on that issue is something Reagan would not have even fathomed. For that matter nor would have his openly gay colleague William Haines. Plus, being accepting of individual gay people does not always translate to brave political moves on their behalf. While I appreciate Patti’s warm memories there really is no way of knowing how publicly he would have came out for marriage equality in the last days of his dementia (when marriage equality was only just beginning to be presented as a serious issue) or how much he would have (perhaps begrudgingly) accepted the ever-rightward lurch of his party through the 1990s. 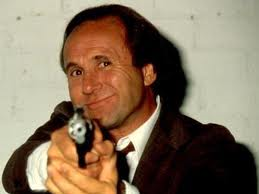 However, if you set aside the absurd homophobic slips and slopes in his rebuttal, deeply conservative son Michael Reagan actually has a fair point when refuting his sister and speculating himself: “He would have pulled both sides in and found the common ground of what everybody was looking for.”  I can go along with this because Reagan did have a spectacular ability to keep the various factions of his party under the same big tent. He–unlike Bush 43–was a master at keeping the extreme Right aboard without alienating the socially moderate, fiscal conservatives in the older Rockefeller/Ford tradition. People forget there was serious talk of bringing ex-POTUS Gerald Ford onto the ticket in 1980 as VP in order to bridge the Far Right and Rockefeller Republican factions! I doubt that Reagan would have called for a divisive Constitutional Amendment to define marriage (as Bush did in 2004 and is still GOP official platform), but that really is just my own speculation.  During the GWB era I did notice, generally, the older the Republican the less strident on the social issue legislation they tended to be. Think of McCain’s tepid support for gay marriage bans in the 2008 campaign or Alaska’s giant Senator Ted Stevens as pro-choice anachronism within the GOP. While the reverse was, generally, true for Democrats: the older the Democrat the more reticent or coy they tended to be on marriage equality.

That said, I suspect Reagan would have had plenty of ready platitudes and dog whistles to religious conservatives about traditional values, child-rearing, God’s unique place in America, et. al. since he played that balancing act so expertly through the 1980s with issues like abortion and school prayer. For all Patti’s assurances there is no reason gay marriage would have fared any differently once it picked up momentum a decade after Reagan’s death as a hot-button issue. During Reagan’s presidency it simply wasn’t a mainstream debate, and so Patti has the comfort of deferring to her father’s personal benevolence. Never a heavy church-goer, Reagan was still readily willing to speak the language of the Evangelicals even while rarely bringing their pet issues to the front burner. Many have blamed his odd silence on the AIDS crisis on this fearful balancing act. In their different ways Michael and Patti are both awkwardly grafting Boomer 90s culture war perspectives on someone far older and more complicated.